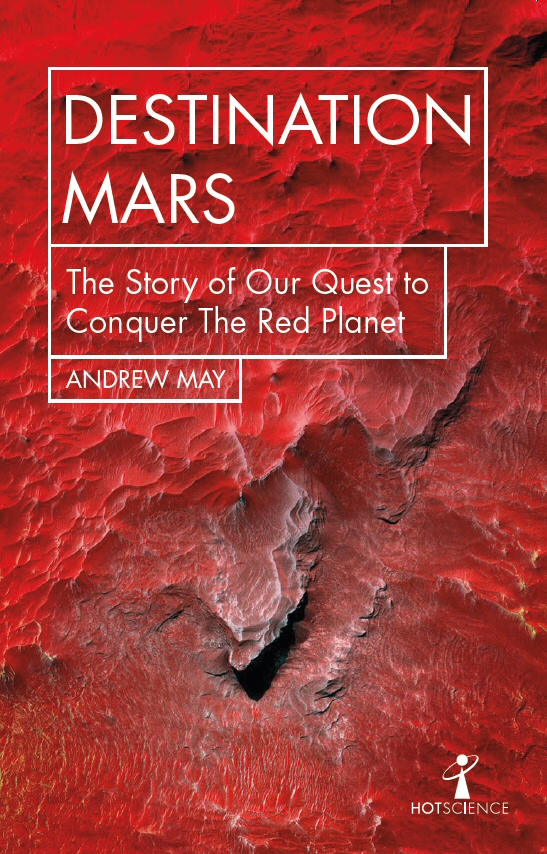 The Story of Our Quest to Conquer the Red Planet

When the Apollo astronauts walked on the Moon in 1969, many people imagined Mars would be next. Half a century later, only robots have been to the Red Planet and our astronauts rarely venture beyond Earth orbit.

Now, Mars is back. With everyone from Elon Musk to Ridley Scott and Donald Trump talking about it, interplanetary exploration is back on the agenda and Mars is once again the prime destination for future human expansion and colonisation.

In Destination Mars, astrophysicist and science writer Andrew May traces the history of our fascination with the Red Planet and explores the science upon which a crewed Mars mission would be based, from assembling a spacecraft in Earth orbit to surviving solar storms. With expert insight he analyses the new space race and assesses what the future holds for human life on Mars.

Available from all good bookshops, as well as online retailers such as Amazon.com and Amazon UK (ISBN 978-1-785-78225-1). Also available as an audiobook from Dreamscape.