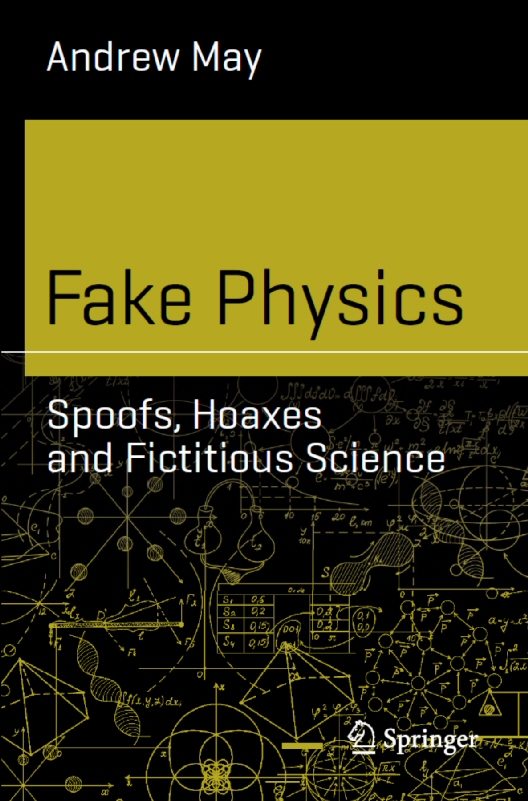 My third contribution to Springer's Science and Fiction series

People are used to seeing "fake physics" in science fiction - concepts like faster-than-light travel, antigravity and time travel to name a few. The fiction label ought to be a giveaway, but some SF writers - especially those with a background in professional science - are so adept at "technobabble" that it can be difficult to work out what is fake and what is real. To confuse matters further, Isaac Asimov's 1948 piece about the fictitious time-travelling substance thiotimoline was written, not as a short story, but in the form of a spoof research paper.

The boundaries between fact and fiction can also be blurred by physicists themselves - sometimes unintentionally, sometimes with tongue-in-cheek, sometimes to satirize perceived weaknesses in research practices. Examples range from hoaxes aimed at exposing poor editorial standards in academic publications, through "thought experiments" that sound like the plot of a sci-fi movie to April Fools' jokes. Even the latter may carry a serious message, whether about the sociology of science or poking fun at legitimate but far-out scientific hypotheses. This entertaining book is a joyous romp exploring the whole spectrum of fake physics - from science to fiction and back again.